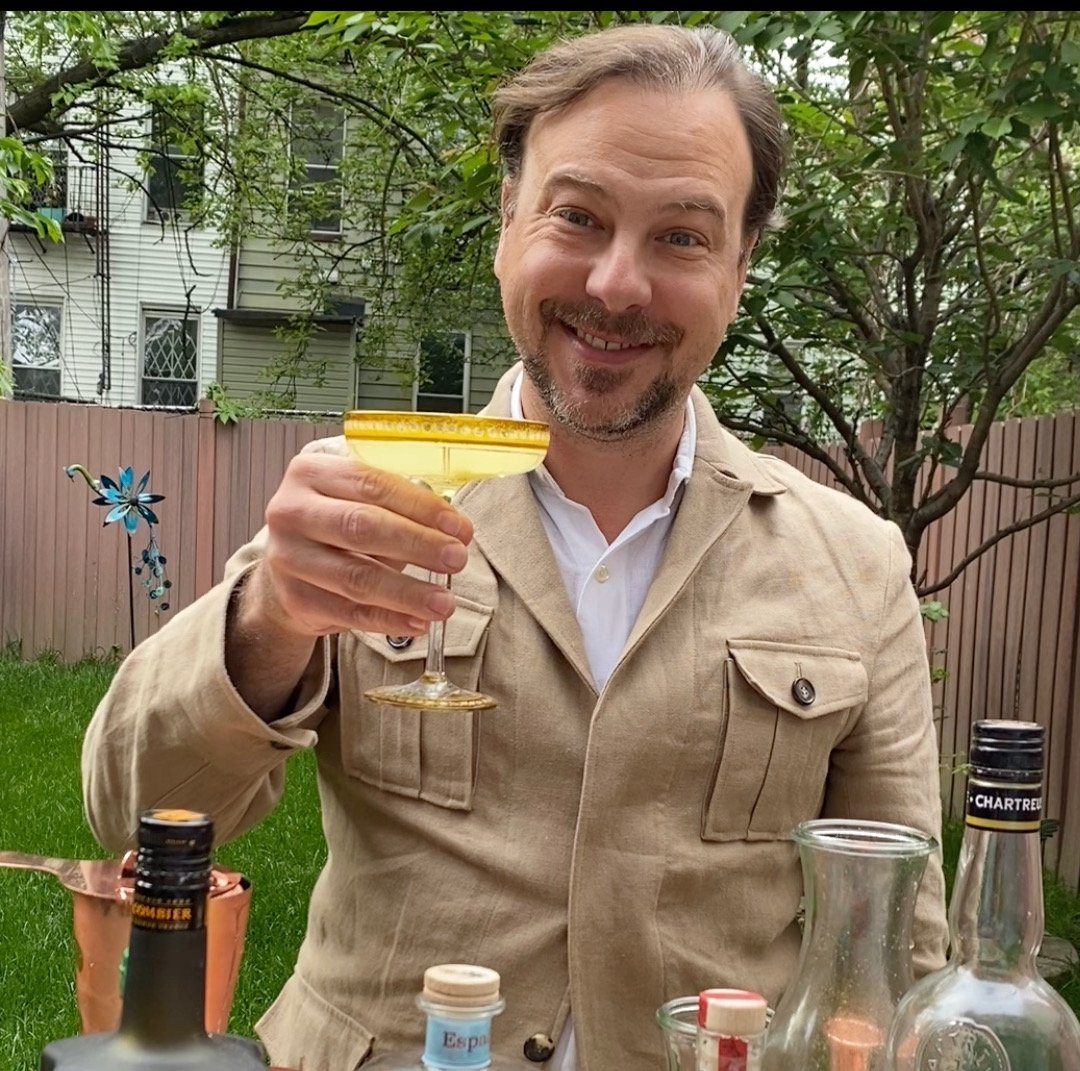 It was winter, perhaps 2000 or 2001.  I would sometimes go to Chef Waldy Malouf’s now defunct Beacon in the evenings for a burger and a cocktail.  But the real treat was hanging out with the bartender Audrey Saunders.

Audrey and I knew each other from the old AOL Online Spirits Boards where, before the cocktail revival, vintage cocktail mavens would gather.  In addition to Audrey and I, there was Dr. Cocktail (the board’s moderator), Robert Hess, and Gary Regan, to name just a few legends.   My old AOL handle was “Tantris”, inspired by my favorite Wagnerian incognito.  We would pontificate over old cocktail recipes, wondering about lost (but now re-discovered) ingredients: Acid Phosphate, Boker’s Bitters, Batavia Arack, and Abbott’s, etc.  I was in college then, and Audrey already a well-known figure in the New York cocktail scene.

On one quiet winter night at the Beacon, Audrey said, “Let’s make a cocktail.”  At the time I was into Sidecars, and Chartreuse. So we started assembling it, adding this and that until we came up with something that was, I dare say, more than palatable.

Audrey added it to the Beacon bar menu a few weeks later as the ‘Tantris Sidecar’.  When she opened the iconic Pegu Club on Houston Street in 2005, she took the Tantris Sidecar with her, featuring it on and off on for years.   To be sure, she made changes, modifying proportions and refining ingredients, but the base cocktail remains the drink we invented that night.  Audrey went on to a legendary career as a craft cocktail bartender and bar owner.  I moved into the art business, establishing Geographicus Rare Antique Maps (long before co-founding Erstwhile Mezcal with my partner Yuan).

Moving forward to May 2020.  We recently read with sorrow that the Pegu Club has permanently closed its doors due to COVID-19.  Reminiscing on bygone days that evening, I Googled “Tantris Sidecar” for the first time.  What a shock to find it has become a “thing”!  A “real” cocktail, memorialized and revised on countless websites and even in a few published cocktail guides.  The Tantris Sidecar will be remembered, even if Tantris is forgotten.

In honor of Audrey and the Pegu Club, I decided to make a Tantris Sidecar.  It was delicious.  The Tantris Sidecar has made a long journey from that late night at the Beacon.  It has gone through multiple revisions and variations.

This time, I added yet another variation: Erstwhile Mezcal.  As with most things in life, Mezcal makes everything just a little bit better.  Here is my Erstwhile Edition of the Tantris Sidecar, in honor of Audrey and the Pegu Club.