A legacy of the era when Mezcal production was illegal in Oaxaca, this batch of Tepeztate crafted by Silverio García Luis – a 2021 Ancestral Limited Release – rescues a García family tradition that had been forgotten for more than forty years.

Don Lencho, Silverio’s father, used a hollowed out quiote (the flowering stalk of agave plants) instead of a copper turbante, to evade the military that would come and seize his distillation equipment by force.

Now you too can partake in this unique mezcal tradition from the García family in Rancho Blanco Güilá, Oaxaca, available for the first time in the United States in partnership with Erstwhile Mezcal.

A legacy of the era when Mezcal production was illegal in Oaxaca, this batch of Tepeztate crafted by Silverio García Luis – a 2021 Ancestral Limited Release – rescues a García family tradition and speaks to the tenacity, ingenuity, and oral history of Mezcal families from generation to generation.

In the 1960’s and 1970’s, Mezcal production was prohibited and persecuted by the authorities in Rancho Blanco Güilá and other parts of Oaxaca.  Silverio’s father, Lorenzo Antonio García (“Don Lencho”, as his family likes to call him), remembers how the military would show up without warning and seize his distilling equipment.  Specifically, Don Lencho recalls how they took the valuable copper pieces like the coil and the turbante tube, because those were the most expensive and hardest to replace. 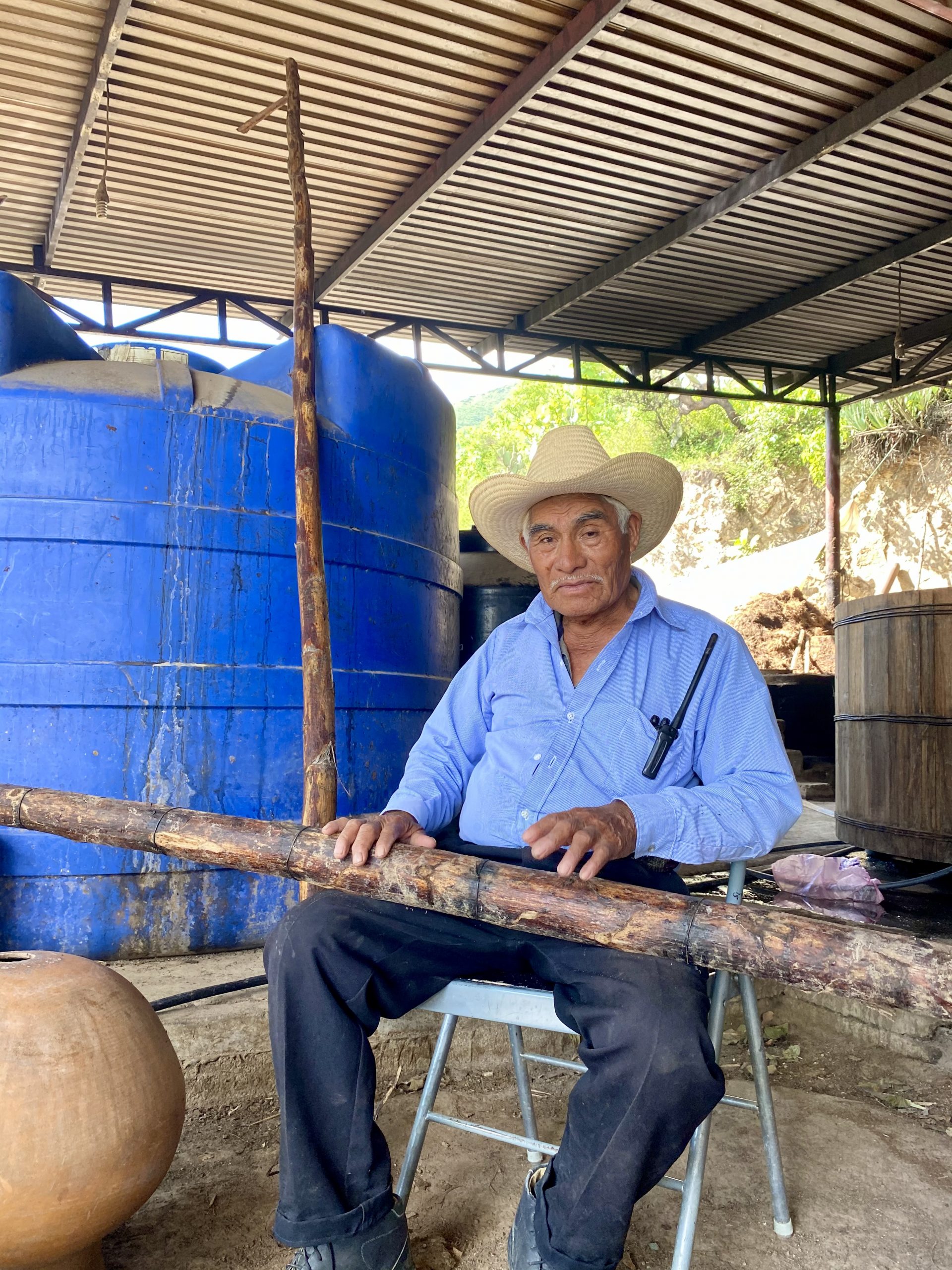 It was challenging at first.  The quiote, part of an agave plant’s natural growth cycle, is organic.  It is not a perfectly empty and hollow tube, ready for mezcal distillation.  The quiote needed to be – but was not naturally – sufficiently hollow for the mezcal vapor to travel unobstructed.

Don Lencho first tried cutting the quiote in half, in order to remove the insides before rejoining the pieces with tree barks.  That proved ineffective, because the mezcal vapor leaked excessively during distillation.  He eventually solved the problem by keeping the quiote whole, and hollowing it with a long wooden rod.

The García family used this unique method of mezcal distillation for about a decade, from the end of the 1960’s through the 1970’s.  The quiote fell out of use around 1980 when the military stopped confiscating their distillation equipment.  Don Lencho had acquired a copper turbante tube by then, with less fear that his investment would be taken away by force.

The quiote technique had been forgotten for more than forty years in the García family … until now.  Silverio García, Don Lencho’s son, has resuscitated this innovative family tradition.

Now you too can partake in this unique mezcal tradition from the García family in Rancho Blanco Güilá, Oaxaca, available for the first time in the United States in partnership with Erstwhile Mezcal. 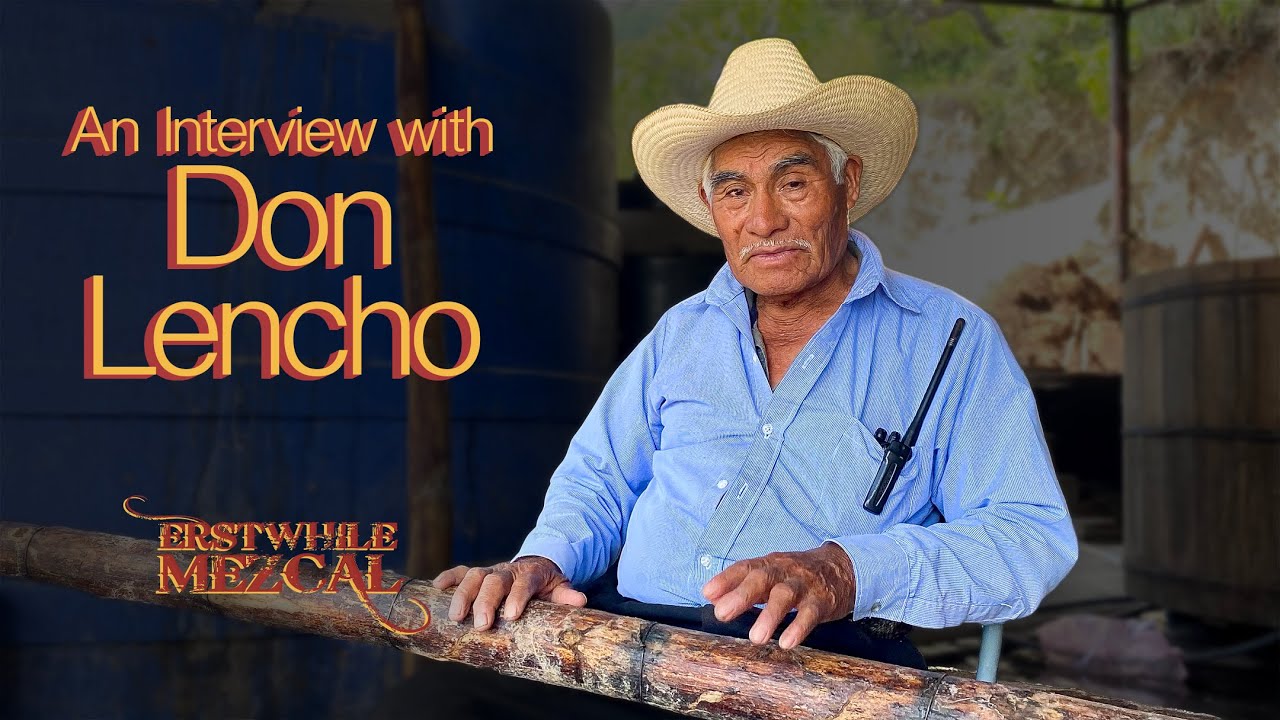 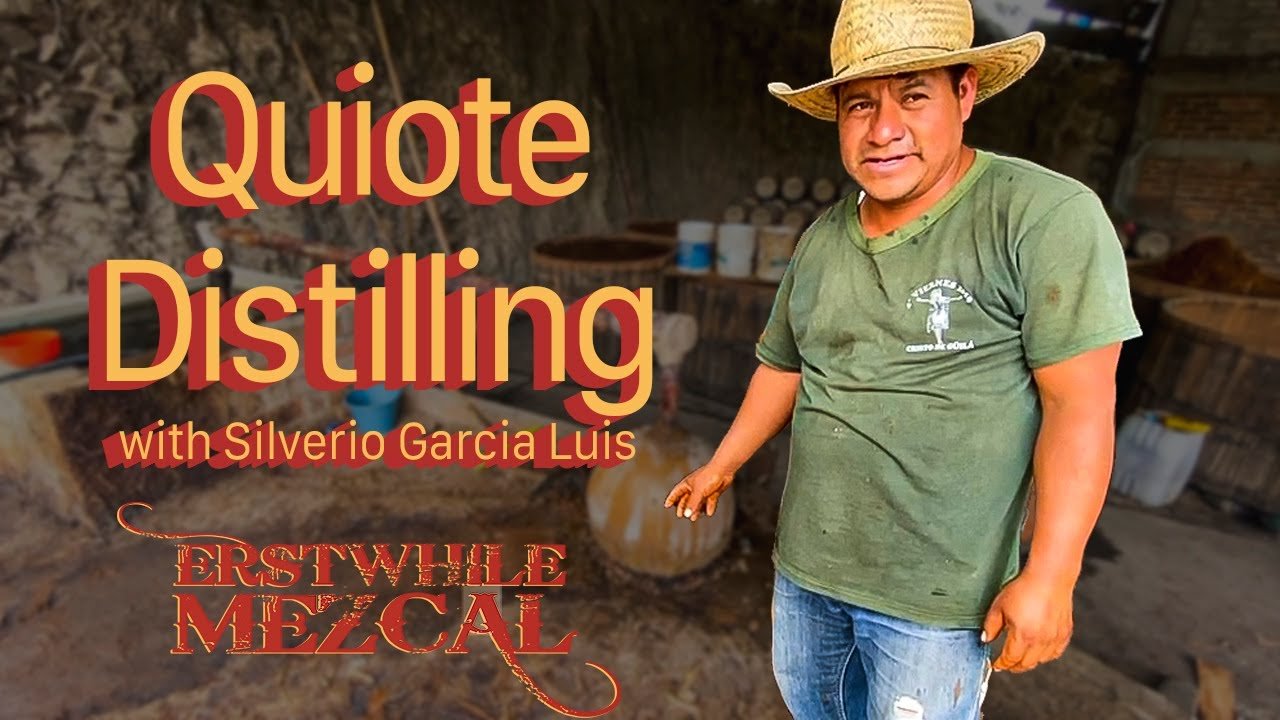 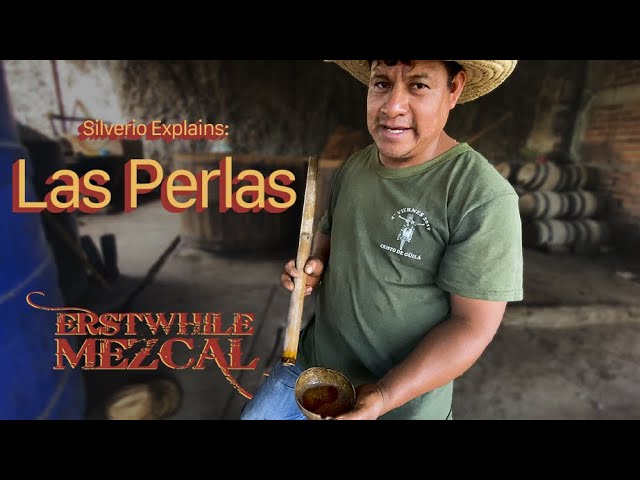 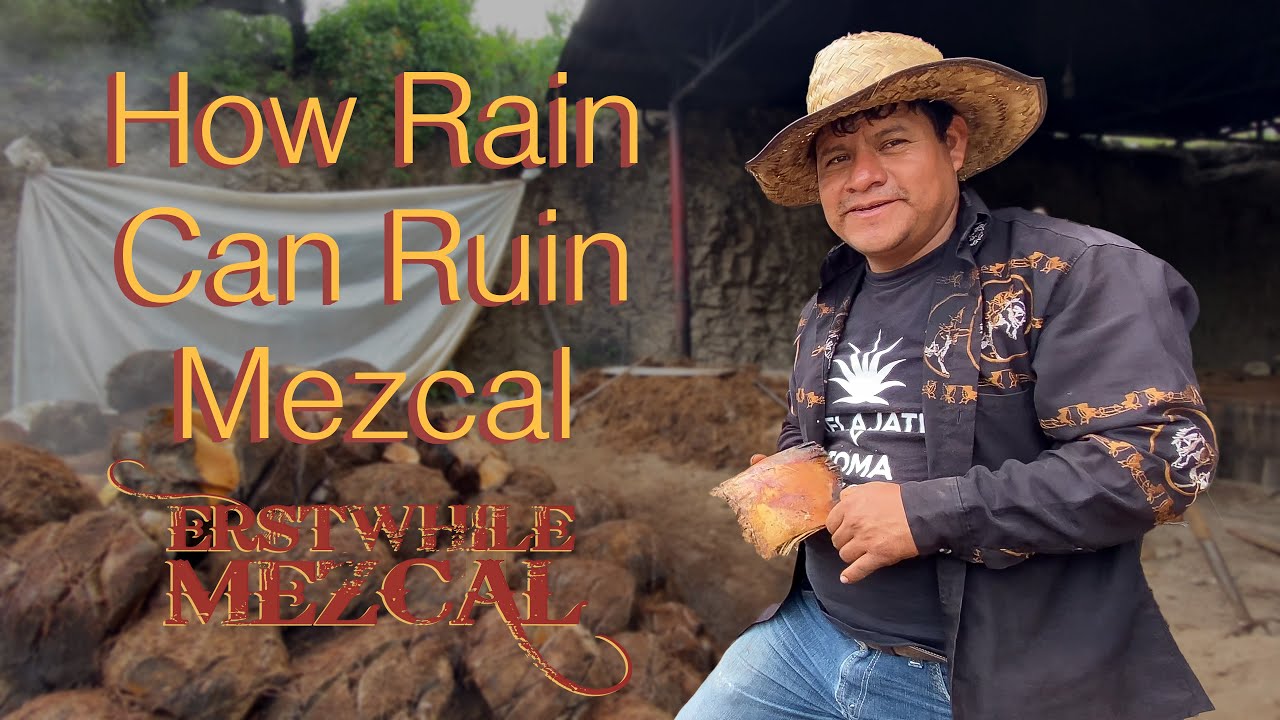 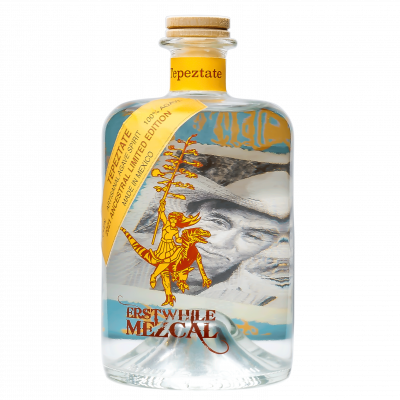 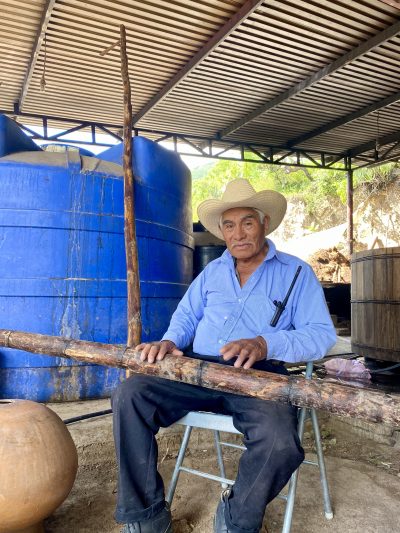 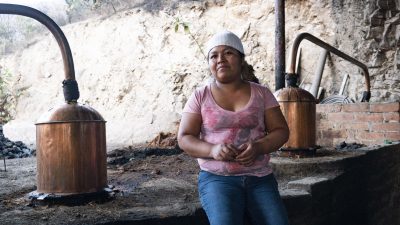 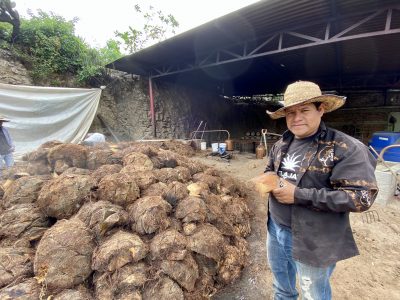 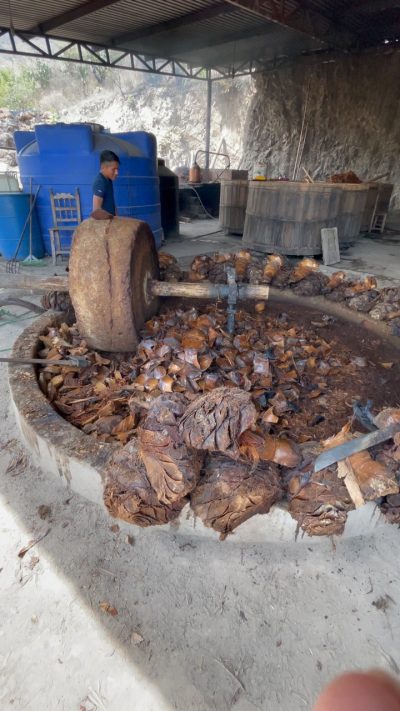 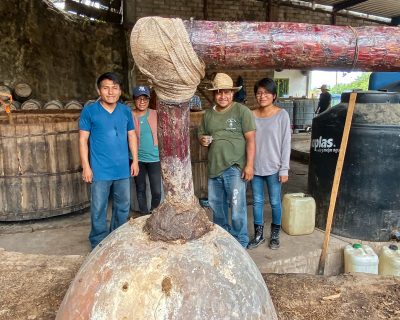 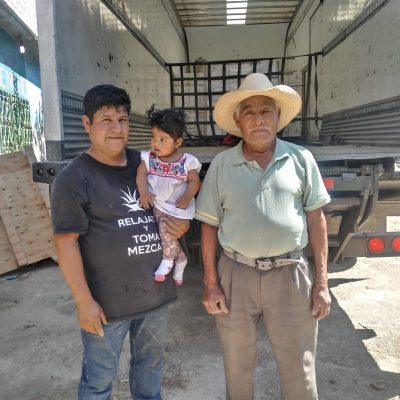 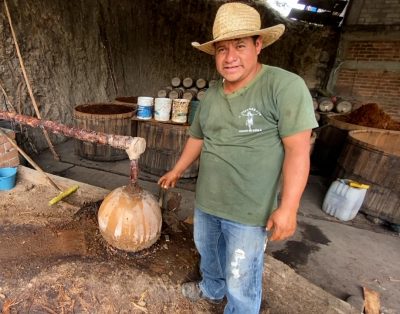 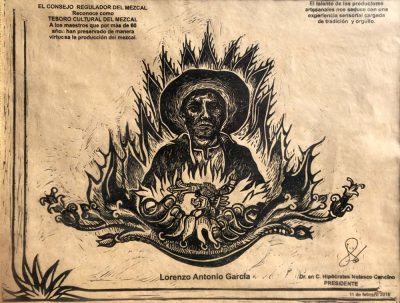 Tepeztate is also known as Pichumetl, Pichomel, Pichorra, or Pizorra in some regions of Mexico.  An unusually slow-growing agave, Tepeztate is often found on rocky slopes and hillsides.  Its name derives from Tepetl, the Nahuatl word for mountain or hill, undoubtedly a reference to the habitats where this plant is most commonly found.

Tepeztate cannot be cultivated on a large scale, and takes roughly 25 – 30 years to mature.  As a result, nearly all Tepeztate mezcals available in the market today are made exclusively from agave plants harvested in the wild.

Tepeztates have strong personalities, both in appearance and in taste.  They have distinctively broad leaves, and can weigh as much as several hundred pounds.

Depending on the terroir and environment, Tepeztates from one region of Oaxaca (and Mexico in general) can look dramatically different from those grown in another region.

We can offer two data points from our personal travels in Oaxaca:

In parts of northwestern Oaxaca, for example, the plant is locally known as Pichumetl, and tends to be symmetric and upright in appearance.

But heading south to Miahuatlán (approximately a 4 hour drive by car), we have seen tepeztates that remind us of giant green octopuses lodged in steep rocky slopes, with twisted tentacle-like leaves that drape over the soil – and each other – with much drama and panache.

Like most agave varietals, the taste of tepeztate in mezcal form can differ significantly depending on the terroir and natural yeast found in each producer’s community.  Mezcals made from Tepeztate can taste funky or lactic (in a good way!), and often have a highly vegetal, earthy, and herbaceous quality.