Erstwhile Mezcal’s Espadín Capón, a 2018 Limited Edition, is a special distillation of only 100 liters. Made from homegrown Espadín piñas, grown and cared for with love and with pride, on master mezcalero Juan Hernández Méndez’s own land.

Tasting Notes: The elegant, voluptuous sweetness of Espadín piñas, picked at peak maturity, shines through from the get-go.

Espadin is the most common varietal of agave used in mezcal production. It is indigenous to most mezcal-producing regions and adapts well to cultivation.  Depending on the terroir and climate, Esapdin can take 5-10 years to mature, which is considered fast in the world of agaves.

Espadin piñas come in a variety of sizes, and can weigh as much as several hundred pounds. The agave is easy to work with. Subject to the hand of the maker, Espadin can yield a wide variety of flavors and profiles, depending on the climate, time of year at harvest, production style, altitude, and countless other factors.

Do not underestimate Espadin.  Despite the fact that Espadin is the most “common” agave varietal used for mezcal production, and often less expensive than other varietals, it makes some of the best and most interesting mezcals.  As a friend in the trade once said, Espadin mezcal is never “just an Espadin.” 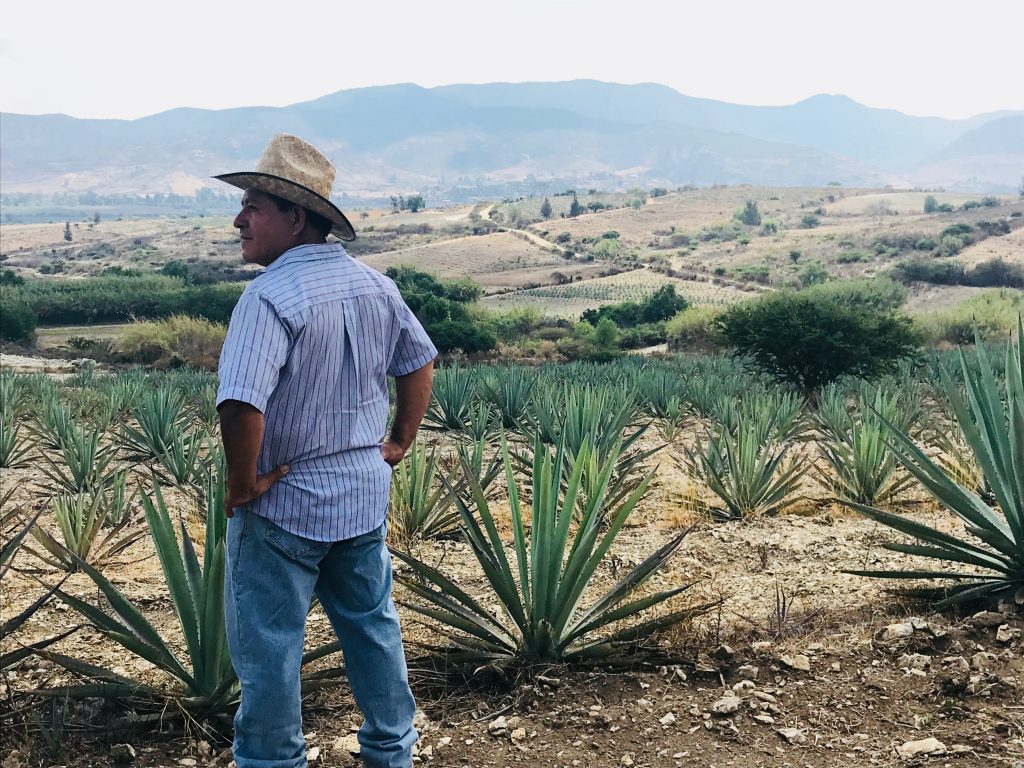 “Capón” refers to a particular treatment of agave plants prior to harvest.  It can be applied to all agave varietals, including but not limited to Espadín.

After cutting the budding quiote off a mature agave, the plant is intentionally left alone and continues living for a period of time before it is harvested for mezcal production.  Sometimes, offshoots of flowers will grow from what is left of the truncated quiote, in an effort to circumvent the trauma and complete the plant’s path to reproduction as best as possible. 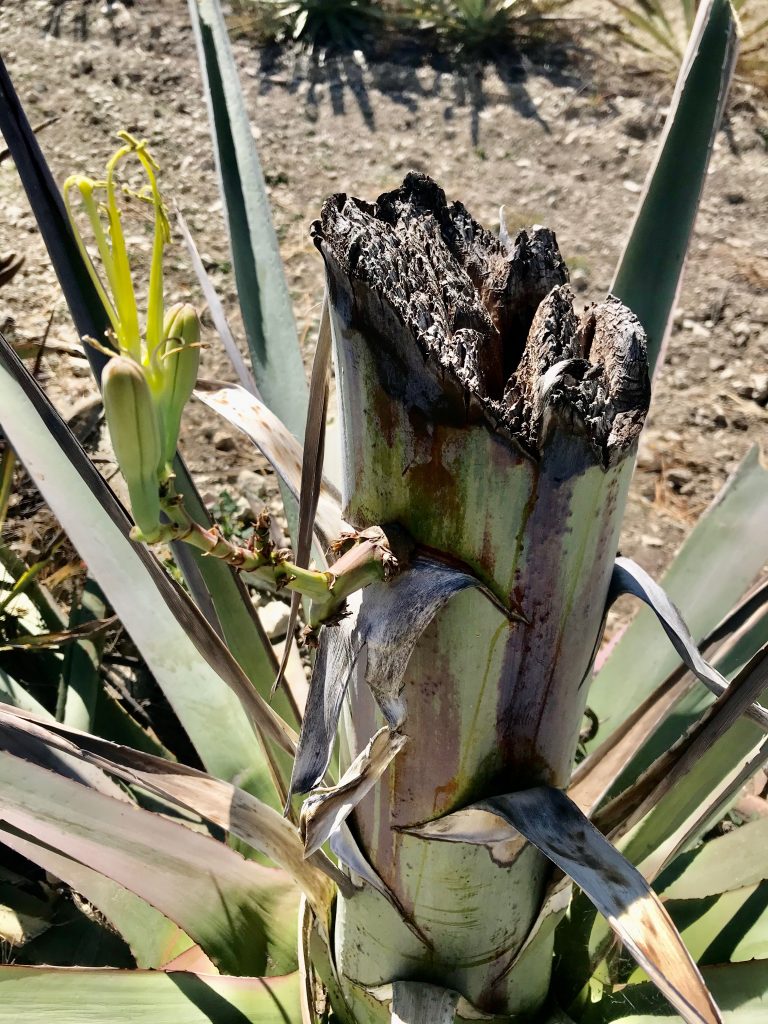 Producers do this to ensure extra high sugar content in the piña (the heart or core of agave plants).  We think of capón as an extra ripe, extra sweet agave – both because the existing sugar content is essentially trapped within the piña after the quiote is cut, and because photosynthesis from that point on continues to produce additional sugar.

Erstwhile Mezcal’s Espadín Capón, a 2018 Limited Edition, is a special distillation of only 100 liters. Made from homegrown Espadín piñas, grown and cared for with love and with pride, on Hortensia and Juan’s own land.

Piñas were harvested about 1.5 years after cutting the quiotes, and hand-picked at harvest for maximum maturity. Resting in glass since March 2015.

Try this distillation side by side with Erstwhile Mezcal’s signature Espadin. It is the perfect showcase of how mezcal production is an art, not a science. That two mezcal producers, both distilling in copper stills and based only about 30 minutes apart in driving distance, can produce two excellent Espadín mezcals that are so remarkably and delightfully different.